Evelina Conti has always worn a mask. She is an Outfit principessa, respected and adored. She wasn’t allowed to be anything else. Her father went from a grieving husband to the Outfit boss, and now that Riley heads the family, Eve is more suffocated than ever. No matter how much she hates it, the Conti princess still has a role to play. A little attention from Theo DeLuca seems innocent enough, but nothing is when it comes to him. And certainly not when everyone believes that Theo is out to kill her.

Theo DeLuca has a target on his back. His biggest problem is figuring out who put it there when everyone is aiming at him. He doesn’t need a woman causing him issues, but the Conti princess keeps showing up at the worst times, and he’s the one left saving her. Between the men surrounding him that Theo can’t trust, and the past he can’t outrun, Evelina might be the one thing he doesn’t have to question. But when Riley decides to use Eve as his next move, even Theo might not be able to save her.

The war in Chicago is not even close to being over. This game is deadly. Each hand played cuts another mark into someone else. The Outfit boss is struggling while the men around him are rallying. As the body count continues to rise, the families keep losing.

Sacrifices are a part of war. No one will walk away from this without scars.
PURCHASE THE PAPERBACK: 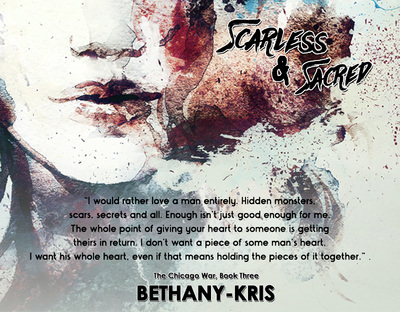 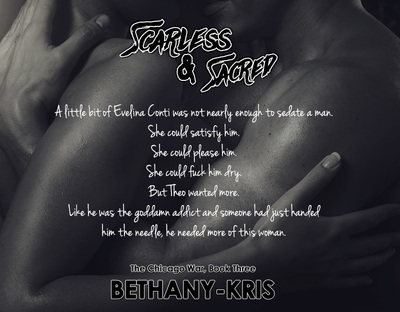 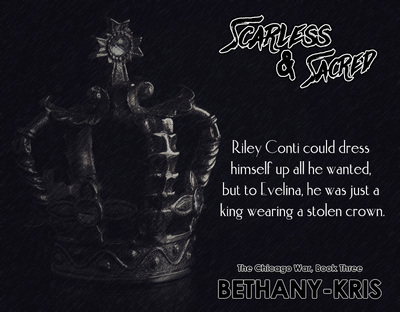 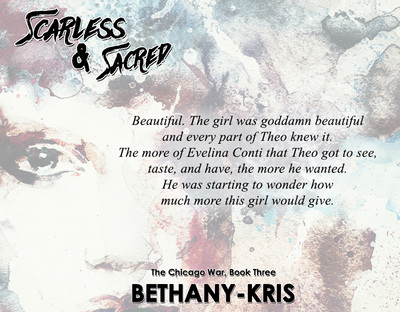 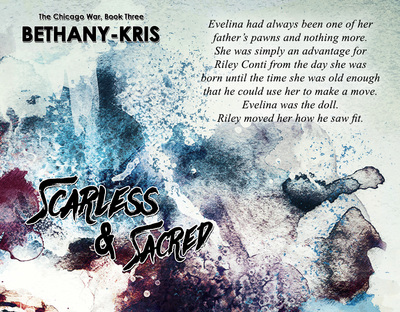