READ IN KINDLE UNLIMITED
*Amazon affiliate link upon which your use earns BK a small commission and costs you nothing. 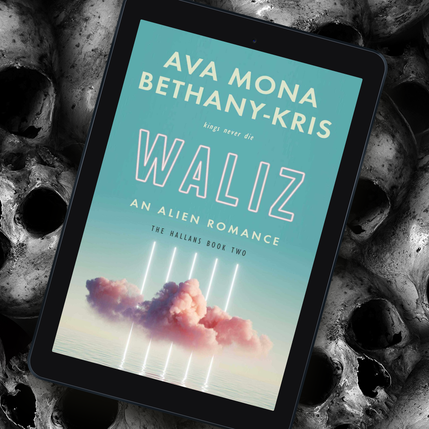 Kings never die but living forever or finding his mate on a doomed planet is the last thing on Halun’s mind as he wages war against the humans of Earth.

With an altar of heads on spikes and a throne of melted weapons outside his camp, not even the sight of it is enough to quell the fire in Halun’s heart for what was done to his brother by the earthlings. The only reason he allows the leader of The Opposition in his presence is because he knows the females of this planet have a role to play in Hallalah’s future. But this one meeting will set the future king on a collision course with the fate he’s longed to find all his life.

Luna, the rebel daughter of The Opposition leader, has been taken hostage by The New Order and moved from one prison to another in the hopes that they can beat the answers they want out of her and avoid being found by her father. He is not who they should worry about. She can’t afford to wait for anyone to come save her, and when she sees an opportunity to escape, she uses whatever means necessary to make her way towards the exit.

She never expected to find a Hallan standing in her way.

He knows he’s found his mate.
She thinks she’s come up against her new captor.
​
The rules just changed.
*
WALIZ is book 2 in THE HALLANS series by authors Ava Mona and Bethany-Kris. ZAWLA, book 1, should be read first to best enjoy. TW: for violence and maltreatment.
READ CHAPTER 1
READ IN KINDLE UNLIMITED
*Amazon affiliate link upon which your use earns BK a small commission and costs you nothing.

READ CHAPTER 1
READ IN KINDLE UNLIMITED
*Amazon affiliate link upon which your use earns BK a small commission and costs you nothing.

READ THE FIRST 2 CHAPTERS OF ZAWLA BELOW! 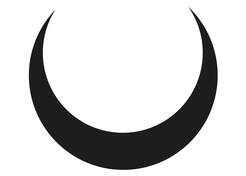 I wish the large cage in the general’s laboratory might be easily explained away, but the males who direct me into the other room offer nothing except the jut of their weapons in my direction. Following their unspoken orders, I walk inside where I know will become the cage. The moment I’ve passed from one space to the other, the bars quickly come down, ensuring I have no way out. I smirk as I look at them, watching how it unnerves the males on the other side of the bars. I’m sure I could escape with the right inspiration and a little time, and some part of them knows that, too. I walk towards the bed, but don’t sit on it, instead standing with a tight grasp on my survival bag that none of them has tried to take.
Yet.
Anything is still a possibility.
General Lockett, having already taken his leave to return to his sprawling home aboveground, ordered the males to remain where they will watch me until told otherwise. I’m not exactly sure how long that is, but the stretch of silence between the human males left to guard me and my unmoving form in the cage is almost unnatural.
“Is it even breathing?” one of the younger males asks another from where they stand near the paneled exit across the room.
I answer that question by turning my head in their direction and letting out a hiss that peels back my upper lip enough to show the enlarged canines that would surely tear the little human’s throat apart. If only I cared to know what their blood tastes like.
“That!” the male shouts suddenly. “You saw that, didn’t you? He heard what I said!”
“I think you mean he understood it, idiot,” the other human on the left replies, dryly.
He doesn’t, however, look towards me.
“Maybe don’t provoke it,” someone else mutters.
Wise, I want to say.
I don’t.
It would be odd to say I can smell their fear, but it’s true. It permeates their sweat, changing the very air in the room the longer the males are locked in the illuminated space with me, and I taste it with every breath. Another time and place, and the feral side of me might consider the weaker males in the room a nuisance needing removed. Considering the current state of my circumstances, that might not be the best option at the moment. Time continues to tick on, but there is no way for me to gauge just how much of it passes before the stationed males begin to take their leave.
I hear earpieces beep around the room at different intervals, calling the humans away one by one until only two are left to shut off the lights of the laboratory, leaving me in darkness swathing the space around me in shadows that I struggle to see through. I don’t even bother to watch them exit behind the sliding panel that will take them back upstairs.
The silence of the lab echoes.
I am truly, and finally, alone.
I only wait a beat or two longer before stretching my legs in the cage by pacing the ten or so strides it takes me to get from one side to the other. At least, I can appreciate the size and girth of my prison, even if the welds into the casing around the floor makes me curious to see if I could tear it apart by putting a bit of pressure--
Don’t get yourself in trouble, Bo.
I can practically hear my father warning me to be mindful of my trouble-finding nature the same way he would when I was a boy that promised to be back before dusk fell.
He never did like that much.
At home, a day stretched on and on …
How long is a day here?
My quiet musings and private thoughts keep me company as I finally open the survival bag to dig for a couple of items that will get me through a bit of time even if it isn’t much. I find my way into the far corner of the cage, knees bent and widened with the bag placed to the cold, stone-like floor between my legs. I eye the space around me a while longer as I palm the items.
One, a sharp, small carving knife.
Perfect for food.
In my other awaits a bulbous bottomed fruit that stores particularly well in long travel thanks to the thick, yellow skin, and also happens to be my favorite from Hallalah. Slicing wedges from my treat, I use the tip of the knife to spear into the fruit before popping it inside my mouth. Nothing about the laboratory is different in the darkness, but without so many pairs of eyes watching me, it’s easier to freely survey the space.
Or what I can see of it.
I highly doubt sleep will find me, and I know my thoughts are correct when I finish my snack, but the last thing on my mind is rest. Instead, I pack away the carving knife and stand to pace the length of the cage again, just a step away from the bars lining my only exit from the floor to the ceiling overhead.
I’m still looking that way when a quiet gasp just a room away has me spinning around inside the cage to face a sight I least expect standing just beyond the wall of glass.
It’s no longer the library and all its books that interest me.
My attention is solely on the female standing within it.