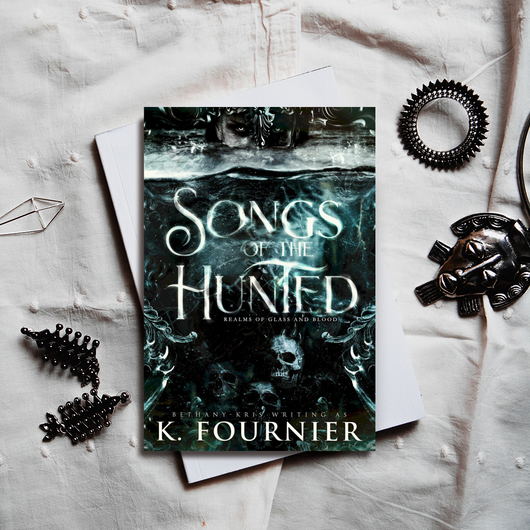 Once upon a time, a king hunted a queen …

It is year 749 of the House of Bloodhurst reign on Atlas, and King Misael Bloodhurst’s thirst for sea women is a well-known threat across the realm, but Anthia, queen of her seas, is sure that she’s clever and protected enough to stay out of his grasp and eye.

Not likely and capturing the mermaid queen changed everything. For them all.

Many years later, a new princess of the Blu throne, a someday queen, is coming of age, as are some of her sisters. Sheltered until adulthood, their most dangerous years are upon them and the choices they are about to make will change the rules of everything. Having never walked the lands of Atlas before, those days will soon change, and neither path will be easy.

When a prince of the land hunts the next princess of the seas, nothing will ever be the same again.

These are the songs of the hunted.

Songs of the Hunted is book 1 in the Realms of Glass and Blood series from the 9ine Realms by author Bethany-Kris writing as K. Fournier. Realms of fantasy where life lives above and below colored seas - where fire breathers rule the mountains of tar and skies that cry - and everything, sometimes even love, is a lie. Book 2, The Burning of Atlas, will follow in 2023. Please heed the warnings at the beginning of the book before reading or check BK’s website as some will find this content distressing, disturbing, and/or triggering.

*BK previously released a book, 90k in length, titled The Hunted which she subsequently pulled from sale. Songs of the Hunted is the rewritten, expanded work with a total of 168,000 words.

A more detailed list of possible on-page TWs can be found at the bottom of this page.
READ CHAPTERS 1 & 2
AMAZON
BARNES & NOBLE
KOBO
IBOOKS
GOOGLE PLAY
BUY THE PAPERBACK
*all Amazon links used on this site are affiliate and as such, when shopping with one, it earns BK a commission and costs you nothing. 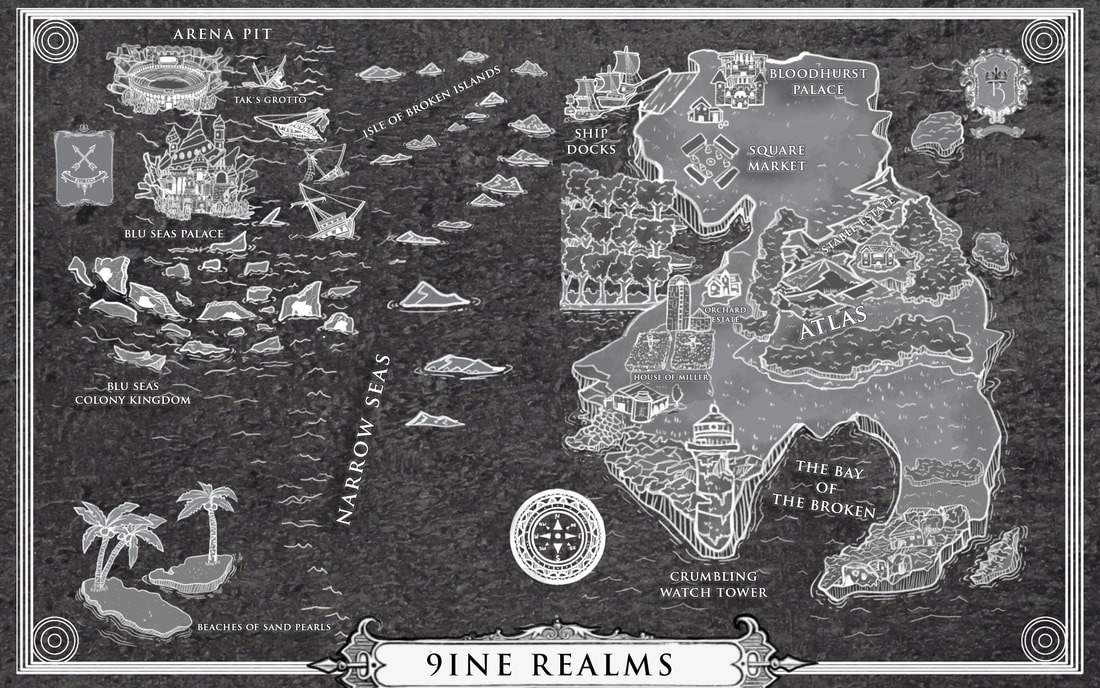 I am fully in the camp of you can't please everyone, and while I believe the way the content is presented in SOTH is done in such a way that these Trigger Warnings are mostly unneeded except for the standard "distressing/disturbing" warning in the blurb I also understand there are also those who would say differently and because there are events "on page" so to speak, and thus, this better list of warnings related to certain scenes and topics covered extensively in SOTH is for you. Be warned, you will find content and/or scenes with SA, violence, abuse, traumatic birth, abortion, and possibly more.