Gian Guzzi has everything a mafia boss could want, but it comes with strings. He shouldn’t be wasting time on a redhead he can’t have, when men like him are not allowed to be affected by silly things like love. A boss’s job is never done, and Gian has far better things to worry about—what with someone wanting him dead, and someone else wanting him in prison for good. Yet, he keeps risking it all for one more taste of Cara Rossi.

A man without love is no man at all.

Cara Rossi is left devastated by the things Gian Guzzi didn’t say. She also can’t forget all the things he did say. She needs to focus on moving on from him, not falling right back into his bed once more. Then again, reality has a way of ruining those plans with far more beautiful, unexpected things. Even if it means Cara is forced to question everything, from her morals to her reputation. All to be one woman to one man.

A woman without respect is a dirty word.

Duty. Legacy. Love.
Always in that order.
Or … that’s how it should be.

But life is messy, when entangled with love.
Rules don’t apply. ​
PURCHASE THE PAPERBACK: 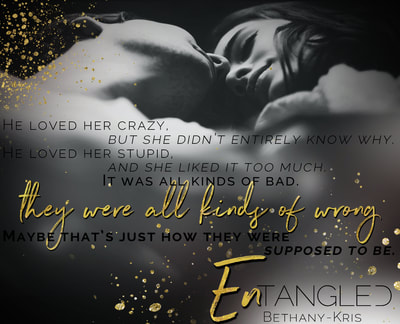 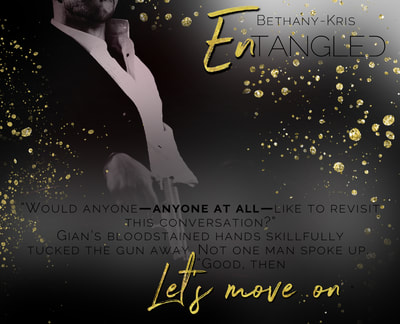 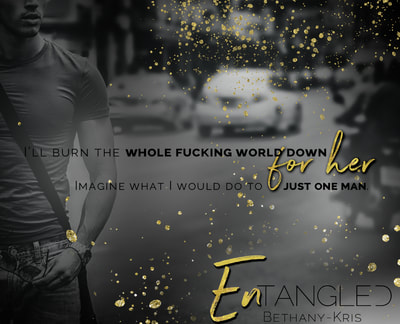 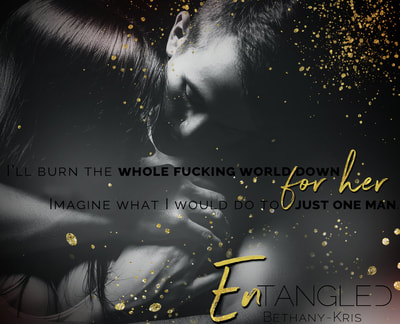 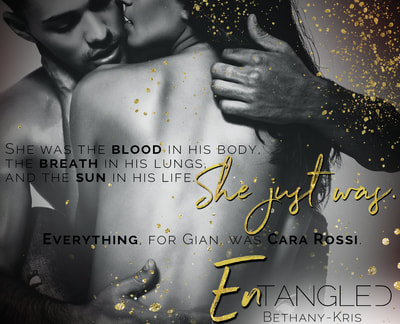 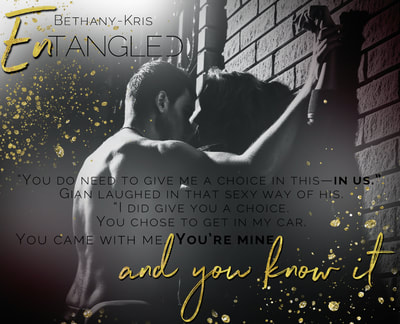 The priest waved his hands upward in a sweeping motion to the parishioners, and everyone stood at the same time to be blessed a final time. Gian was grateful—it was almost over.
And by it, he meant his time with his wife for a couple of days.
Church was meant to be one of his peaceful times, but even that was becoming tainted by the fact that he now sat in a pew with his wife, instead of with his family like he once had. Appearances were everything, after all.
Some needed to be kept happier than others, in that regard.
“Finally,” Elena grumbled under her breath as the priest dismissed the congregation. She stood, brushing down the skirt of her cream-colored, knee-length dress that matched her shoes and hat. “Mass never ends. I hate it.”
And yet, she was one of the best dressed in the entire congregation.
“Church is good for the soul,” Gian replied tiredly.
“People like us have no souls, Gian. This is nothing more than a farce, and if there is a heaven, we will only be allowed entrance because we paid our way in.”
Touché.
“Chris can drive you home,” Gian told his wife as he picked up his aviator sunglasses from the pew. “I have things to do today.”
Elena pursed her lips. “I’m sure.”
She didn’t push him or argue his demands, though. Chris would be waiting outside to return Elena to the mansion, and she had another driver on speed dial to take her wherever in the hell she wanted during the week. She had a license and could drive perfectly well, but she preferred to be chauffeured about like a queen.
Gian didn’t give a shit, as long as it wasn’t him doing the driving.
It wasn’t long after Elena was gone down the aisle that Dom slid in beside his brother in the pew. Gian allowed a few more people to head down the aisle, opting to stay behind with Dom to get his weekly update.
It always fucking hurt.
It sucked like nothing else.
Gian did it to punish himself, surely.
It still helped him to breathe.
“Well?” Gian asked.
Dom sipped from a to-go cup of coffee like he had all the time in the world. “Nothing new, really. Cara’s been pretty quiet the last week. She’s still working at that women’s shelter over on the Fifth.”
“Carolina’s House,” Gian said, naming the shelter.
He knew it, because he’d donated to it often over the years, given his family’s history with the place.
Cara didn’t know that, though.
She didn’t know Gian watched her at all.
Dom nodded. “Still there. She’ll be back in school next month, probably. I’m not sure about the shelter after that.”
Knowing Cara, and what she wanted to do with her life, if the shelter allowed her a position while she remained in university, she would take it in a heartbeat. Gian hoped they gave her the chance. Dreams were worth following, after all.
“That’s about all I have to tell on that side of things,” Dom noted.
“Nothing else?” Gian asked.
Dom gave his brother a side-long look. “She’s not been out with anybody, you know. And you could just outright ask that, instead of posing it like it’s something else. I don’t think she’s even got time for a man, Gian.”
He doubted that. Cara had time, if she wanted to make it. For whatever reason, she just hadn’t made the time.
Yet.
Jealousy burned hot and heavy in his gut at the thought. Gian ignored the reckless, violent emotion, because what in the hell else could he do?
He couldn’t force his wants upon Cara.
Hadn’t he already hurt her enough?
“You could go see her,” Dom suggested.
Gian scoffed. “Our last encounter did not end well. I doubt me showing up would go over spectacularly, either.”
“Then why not leave her alone, man?” Dom nodded down the aisle where Elena had disappeared to. Most of the people had also cleared out of the church. “You do have a wife, Gian. Focus there, maybe.”
“Right, my wife.”
Fuck that.
Gian decided their conversation was going nowhere, and turned around to leave, only to come face to face with his father and mother. Frederic and Celeste made no attempt to hide the fact they had been standing there eavesdropping on the brothers’ conversation.
“Do you have something you would like to add?” Gian asked his scowling father.
Frederic had no qualms about sharing his opinions with Gian, especially regarding his unconventional marriage, and the affair his son had had with Cara for months.
“Your brother has a point,” Frederic said. “Don’t go getting yourself caught up into another mess with the Rossi girl. Not now, Gian. You have better things to focus your time and energy on, and Elena is just one of those things.”
“Or you could mind your fucking business.”
“Gian!” his mother said, horrified and glancing toward the pulpit.
Gian wasn’t in the mood to tone down his attitude for the sake of sensibilities. “I said what I said, Ma. I meant it.”
“You married your wife,” his father said, paying no attention to his wife or what his son had told him. “You chose to marry that girl, and now you have to live with it.”
“I never got a choice, actually. I was given the illusion of a choice, which you’re aware.” Gian slid on his aviator sunglasses, and pushed past his father to head down the aisle. “It still makes no difference to what I told you. Mind your fucking business.”