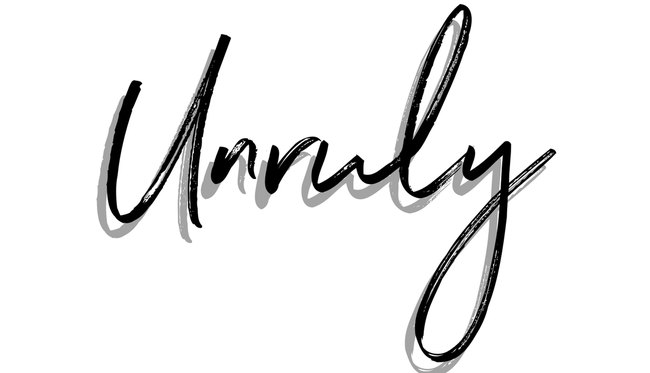 “Well, I guess the kittens found their mittens,” Cross said as he tossed the children’s book to the bedside table.
Cece’s brown gaze narrowed, and Cross knew what was coming next. “Kittens no wear mittens, Daddy.”
“No, but—”
“They don’t.”
“No, they don’t.”
“No book,” his daughter said firmly.
And that was the end of that children’s novel. It would never see the light of day in their home again. Any book that his daughter could find fault with, she would. Someday, she was going to make one hell of a literary critic if at three, she already had such vehement opinions on the picture books read to her every night.
The last book this happened to?
The night before, when he read The Man in the Moon.
Cece Catherine Donati was a lot of things. Difficult. Stubborn. Wild. Beautiful. Free-spirited. Fearless. Her mother’s clone. Her father’s soul.
Stupid, however, was not one of those things.
Cross slid out of his daughter’s large canopy pink and white decorated bed. With a golden metal frame that curved high at the head and foot into a crown-like shape, it was fit for his pretty little princess.
“No more kittens and mittens,” Cross promised.
He tucked his girl in under her sheets, and heard his phone buzz from down the hall. Cece’s intense stare kept him from running to grab the call, though.
“Daddy?” she whispered.
Cross bent down to press a kiss to the top of her head. “What, bambina?”
“Misses Ma.”
“Me, too.”
Cece let out a dramatic sigh. With her striped pink and white comforter pulled up to her chin, all he could see was the collar of her purple pajamas sticking out.
“We’ll see her soon,” Cross promised. “That sounds good, right?”
“Yes.”
“Okay, then sleep. Principessas need sleep, Cece. Daddy loves you, my girl.”
“Loves my daddy, Daddy.”
He didn’t need to tell her to sleep again. She closed her big brown eyes, and that was it. She didn’t even peek as he closed the bedroom door after flicking on her nightlight. Sometimes he found her tucked into her mother’s side of the bed come morning, if she had woken up in the night, but mostly, Cece was a good sleeper.
She had been that way from the day she was born.
Thank God.
Cross snatched his phone off the decorative stand in the hallway as he passed it by. A quick check of the screen said the caller had been his wife. Instantly, he was calling her back, and pressing the phone to his ear as he headed into the master bedroom of their three-level, Newport home.
It took four rings before Catherine picked up.
“Cross?”
“Hey, babe.”
“Cross.”
He smiled.
All it took was one word.
His name coming from her mouth.
That was it.
Everything was right in his world once more.
“How’s the tyrant?”
Cross laughed as he grabbed two duffle bags from the walk-in closet. Tossing them onto the bed to ready them for packing, he said, “Pretty good. Doesn’t like the book tonight, either. Probably thinks I’m an idiot for reading about cats wearing mittens. Also, she’s decided she doesn’t like peanut butter, now. Not really sure when that happened.”
“Last week, she didn’t like waffles.”
“Waffles are good this week.”
“Oh?”
“I guess.”
Silence stretched over the phone. Sometimes, this was how their conversations were had. Easy topics because neither of them wanted to hurt the other inadvertently by saying shit was rough, or too tough, or whatever else. He never wanted to tell his wife she couldn’t do the thing she loved and was good at—making money alongside her mother as a high-class drug dealer—simply because he wanted her home more with him.
It wasn’t fair to her.
Marriage was about love.
Compromise.
A collection of imperfect moments made perfect.
So what if their life was a little unruly?
They would figure it out eventually.
Or … he hoped so.
“One more week, and I’ll be home, Cross.”
“Can’t wait.”
“Miss you,” Catherine said quietly.
“Like fucking crazy, Catty.”
“Love you.”
“Always, babe.”

Cross tugged his daughter’s tiny leather jacket from her arms. “Be a good girl for Grandpapa Dante, Cece.”
She wouldn’t even speak to him. He pulled the mini Doc Martens off her feet, all the while ignoring her little glare. “Stop that nasty look, Cecelia Catherine. Right this minute.”
“Clicky shoes.”
“It’s the end of November. I am not putting those damn shoes on your feet.”
“Clicky shoes.”
Cross pressed his lips together, and eyed the pink, sparkly shoes his daughter was currently hugging against her equally pink and sparkly dress. She all out refused to leave the house unless she could at least bring the fucking things along. She loved her leather jacket. It didn’t matter what she was wearing or the time of year, she wanted that jacket on. At least, that was one less fight for him to have with his child.
“Give me the shoes, Cece.”
“Noes!”
“Then I won’t put them on you now that we’re inside.”
She eyed him warily before hesitant, tiny hands passed him the shoes. He slipped them on her sock-covered feet, and snapped the buttons on the straps around her ankles.
“No running in—”
“Thanks, Daddy!”
He didn’t even get the chance to finish his sentence before she was pushing up to her feet, her tulle skirt blew wide around her legs, and she bolted down the hallway. He let out a heavy sigh, and shook his head as he stood to his feet.
Chuckles echoed a few feet away.
Cross ignored his father-in-law’s amused grin. “Her bag has everything she’ll need.”
“No worries.” Dante Marcello pushed off the wall, and glanced at the watch on his wrist. “Cutting it a bit close, aren’t you?”
“Someone fought me to leave the house.”
“Yes, the shoes,” Dante murmured. “God, I love that kid.”
“Because she gives me hell.”
Dante flashed a smile. “Well, for other reasons, too, but also that.”
Of course.
Thankfully, Cross had found an easy relationship with his father-in-law over the years. It certainly helped a great deal when Dante stepped down from his position as a crime boss for the Marcello Cosa Nostra. Then, there were no hidden rules or expectations between the two men, simply family and a long history to work through.
It took a while, but they repaired their bridges.
Cross respected Dante a great deal.
He’d learned the feeling was mutual.
“Oh, I have something for you,” Dante said, “to open before you go.”
Cross stuffed his hands in his pockets. “A gift?”
“Mmm, something like that.” Dante plucked a small white-wrapped package off the end-table. He passed it over with a shrug. Cross eyed the foot-long and eight-inch wide gift in his hand, wondering what was inside. “Your anniversary is tomorrow.”
“Five years,” Cross said.
His heart rate picked up at the thought.
Married five years.
It was hard to believe sometimes.
“I couldn’t figure out what to get you … both of you. It’s hard when it seems like we have it all.”
“You don’t have to get us anything,” Cross said.
“I know, but I wanted to give you this.”
“Me.”
“You, not Catty,” his wife’s father said. “I’m sure she’ll appreciate it, too, in a roundabout way, but it’ll be special for you.”
Cross tore the side of the wrapping paper, and pulled the item out. A gold-flaked picture frame rested in his hand. The photograph it held made his heart stop altogether.
Or, that’s how it felt.
For their wedding five years earlier, Catherine had given Cross the best gift by allowing him to have a private dress reveal with her. At the top of a large staircase, he had turned to find the most beautiful dress on the most gorgeous woman. The love of his fucking life. His future had been standing there waiting for him to simply look at her.
It was an overwhelming moment for him. One he had not wanted to share with the watching world.
The only person who witnessed the moment between him and Catherine had been her father. It seemed, somehow, Dante had taken a picture from down below where he had been standing.
The photograph was of him and Catherine standing at the top of the stairs, her hands were on his face, and he was only looking at her. Cross knew exactly why she had been touching his face—to wipe away what little tears had escaped through his calm composure.
“Damn,” Cross murmured. “That’s amazing.”
Dante let out a laugh. “I thought you might like it.”
“Yeah, of course.”
“Good thing no other made man saw that little moment of yours. They wouldn’t have let you live the tears down, Cross.”
He smirked. “Yeah, probably not.”
Dante’s expression softened. “I’m glad I saw it, though.”
“Oh?”
“My final confirmation,” Dante said cryptically. “So, you’re all set, then.”
“I am.”
“We’ll be right along, too.”
“I appreciate it. Everything is busy as hell. We never stop. This is the only way I could get this done for Catherine.”
Dante nodded. “I know. It’ll settle, Cross. This busy life—it will settle.”
Jesus.
He hoped so.

Catherine stormed through the hallway of the Four Seasons as she headed to her room. She was going to go to her mother’s first, one floor higher, but ended up on hers. She wanted to get the hell out of her dress and heels before she flew into her mother, anyway.
What had Catrina been thinking?
Now what were they going to do?
This little trick was nothing new for Catrina where Catherine was concerned. It was not the first, or even the second, time her mother had put her in a situation to train her, so to speak. Most times, Catrina would at least give Catherine a heads up and decent time to prepare for whatever was coming her way.
Not this fucking time.
And look what happened!
Catherine had no idea how she was supposed to go home and tell the bosses of the Three Families—her cousins, and her husband—that she officially shattered the agreement she had with their cocaine supplier. Sure, they had a lot of other business to fall back on. Their money was not made only with selling cocaine.
But for Catherine’s business?
The majority was cocaine deals to clients all over the country.
Still, her contact and business relationship with Giuseppe was needed to also keep the Three Families’ supply up and at a cheap cost, too.
Catherine stood outside her room door, and stared at the brass number without going inside. Wow. This was not supposed to happen.
Jesus Christ.
She unlocked her room with the card key, and stepped inside the darkness of the space. She closed the door and reached for the light switch on the wall.
The man standing across the room waiting for her was not who she expected to see.
Not at all.