Play dirty. It’s the only way to win in a war.

Alessa Trentini follows the rules, or so it seems on the outside. A certain Conti has always been able to sway her inner rebel and keep her out of trouble, but even Adriano won’t be able to get her out of her brother’s mess. In a war, no woman is safe if her hand in marriage can advance her family in the world of the mafia. But mistakes of the past have a way of slipping into the present and Alessa will soon learn that even the most shameful of secrets can get her everything she wants.

Adriano Conti’s loyalties are torn as he’s forced to stand at his father’s side while Riley uses his wife’s murder as a way to get higher. Blood comes first and then the Outfit. The one thing he doesn’t question in the war between the families is Alessa Trentini and even that doesn’t seem possible when he’s forced to watch Alessa be used as another man’s pawn. Adriano has his own role to play to get what he wants.

The families in the Outfit have never been more divided than they are now. Blood continues to spill as revenge takes center stage and more lives are lost. But every man in the family is fighting for something different and no one’s intentions can be trusted. Playing a dirty game might be the only way to stay alive.

Even if that means ruining it all.
PURCHASE THE PAPERBACK: 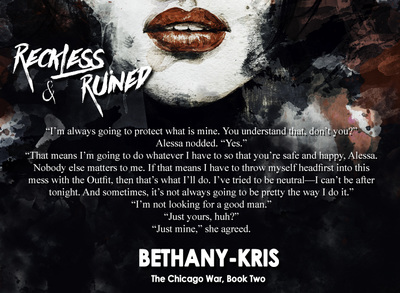 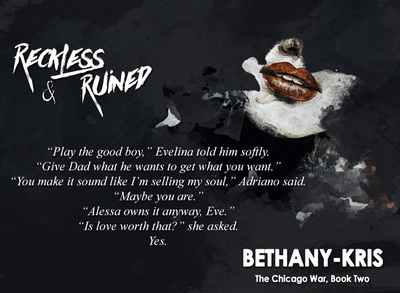 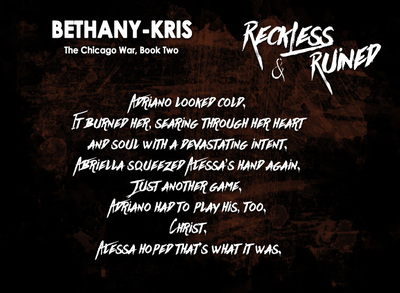 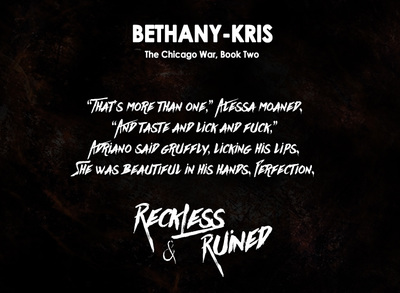 Copyright © 2015 by Bethany-Kris. All rights reserved.