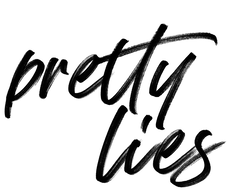 Copyright © 2020 by Bethany-Kris. All rights reserved.

The brunette had a name.
Cory just couldn’t remember it.
He blamed his lack of memory on the fact that the second he got close enough to actually catch her attention, the girl was like a fucking spider web. Beautiful face. Intoxicating laugh. Sex appeal in every move she made. He got a dance from her. Made her laugh and smile and it all pulled him in closer to her. More shots were involved.
Then, she kissed him.
The second he realized those stained-red lips of hers tasted like sugar and Henny … Cory was done for. At some point between her round, pert ass grinding into his cock through his slacks on the dance floor and a kiss that had his lungs aching for more in the darkened hallway leading to the employee’s private bathrooms, she’d told him her name.
Now, after he’d gotten her somewhere relatively private, had her sitting on a counter with her tight dress bunched around her hips while he buried his face between her thighs, he was trying to remember what it was.
Her name, that was.
Mel?
Lana?
Fucking hell.
Cory hadn’t needed those extra shots.
Not that it mattered at the moment—his drunkenness made no difference to the fact that the brunette’s legs shook as they tightened to his head while her demands came out high and broken and perfect.
“Don’t fucking stop … don’t stop,” she breathed.
She rocked against him, needy. He loved them like that. So messy.
It was the only time he let himself love a woman, really. He often fell in and out of lust more often than he cared to admit, but sex wasn’t quite the same. Nothing got him off more than making a chick lose her control while he ate her out like it was the last thing he was ever going to taste.
On his tongue, she was hotter and tart as all her sounds echoed in the empty bathroom. Her manicured nails pulled tighter in his hair when he stuffed two fingers into her pussy. Those strappy stiletto heels of hers scratched against the fabric of his silk button down.
And then she was shaking.
Begging.
“There, there … there, fuck, yes.”
Her pussy, a slick paradise.
Cory had most certainly found heaven.
At least for the night.
All at once, as he looked up and a wild gaze—the color of his favorite dark chocolate—met his sky-blue stare. He couldn’t really smudge the stain on her lips like he’d wanted, but he’d kissed her hard enough in the hallway outside the bathroom that she looked like he’d fucked her before he even got the chance to actually do so. Every breath she dragged in had her tits rising and falling heavily.
He grinned.
She licked her lips.
“I forgot your name,” he admitted.
She shrugged her shoulders, the straps of her dress tangled down her arms, but she didn’t seem to care at all. “I didn’t even bother to ask for yours.”
Fair enough.
A buzz echoed to their left.
She didn’t look away from him, but his gaze darted to the side where her purse laid in a heap on the corner of the counter. Her phone had done that a lot since they left the club’s dance floor. She ignored every call or text—acted like it didn’t even exist.
“Someone looking for you?” he asked.
The lines of her face changed to something more sensual when she laughed. Beautiful wasn’t a good enough word to describe how feminine her features were. From soft, plush lips to cheekbones that would undoubtedly look best in the glossy spread of a magazine, she really was something. The fact he had the taste of her pussy on his mouth currently made his opinion of her a lot greater, too.
“He can keep looking,” she said.
Oh.
Well, shit. Who was he to step in this woman’s way of getting back at—or maybe moving on from—some other man in her life? Hell, he might as well help however he could.
Wasn’t that the gentlemanly thing to do?
“That’s what this is?” Cory asked, tipping his chin up when he let out a dark chuckle that had her shivering under his hands that flexed at her inner thighs. “You’re out looking for a rebound, pretty girl?”
“Just a fuck, actually,” she countered. “Make it worth about a year of my wasted time, would you?”
That time, it was Cory’s turn to laugh when he straightened to his full height to tower over where she sat trembling on the counter. The bathroom smelled like liquor and sex. Like a damn good night. One well spent.
Her legs widened when he grabbed her waist.
“Well?” she asked.
He liked that there was still a hint of a woman who could probably grab him by the balls and make it hurt if she really wanted to when she stared at him. At the same time, she was all sweetness and sex and sin under his grip.
Her breath hitched when he yanked her down to her feet. Those heels on her feet clicked against the floor. His lip curved upward to flash his teeth when he smirked, a wink only adding to the arrogance of his next words.
“Oh yeah, I can definitely do that.”
He still couldn’t remember her name, but it proved insignificant when he bent her over the counter and fucked her. He was sure she would have a line of bruises on her thighs from the edge of the counter and how hard he grabbed and pulled at her body.
Yet, she took all nine inches of him, and then asked for more. Purred when he pulled her hair and came harder when he wrapped his fingers around her throat.
So, shit.
He hadn’t remembered her name.
No big deal.
Besides, he’d learned not to sweat the small things.
How important was a name, really? ​