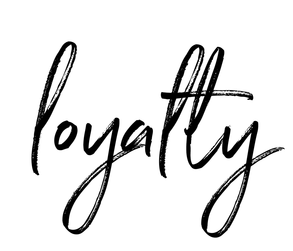 ​Copyright 2018 by Bethany-Kris. All rights reserved.

A drop of tension crawled down John’s spine as his uncle pulled up to the iron-wrought gate. A long, twisty driveway led up to a mansion with two wings, three floors, a pool, and a guest house out back. The estate rested on six acres of property in Tuxedo Park.
The Marcello family home was massive.
“Passcode, please,” a robotic voice commanded from the speaker Gio was talking in to.
“Seven, two, six, nine, five, five,” his uncle replied.
“Please speak your name clearly for voice recognition.”
“Giovanni David Marcello.”
The speaker buzzed for a split second before the gate shuddered and began to open automatically. Gio pulled the car through the opening the moment the vehicle could fit through. It never failed to amaze John how careful and protective their family was about keeping their private lives hidden from public view. He understood, of course, but it was still amusing.
“Voice recognition?” John asked. “When did Antony have that put in?”
“A year ago.”
“Why?”
Gio stilled in his seat. “Just because, I suppose.”
“Are you being purposely difficult, or what?”
Quickly, Gio put the car in park at the mid-way point on the driveway between the gate and the house.
“He put it in because he’s not young, John. He’s eighty-seven, and he doesn’t like to be reminded of the things he’s not capable of doing at his age. He’s not quick on his feet, his eyesight is terrible, and he wants his wife to feel safe.”
“What happened to the guard he had?”
“You’ll see,” Gio muttered as he put the car in drive again. “Just don’t say anything to him about his age or the changes. It bothers him and then Cecelia gets pissy.”
“I got it.”
“Good.”
John found the guard in question the moment the front entrance to the Marcello home was in full view. Dressed in all black, the man rested beside a dark sedan with a cigarette in one hand and a gun at his waist. John knew the man had to be the guard because no one else was permitted to smoke in front of the Marcello home. They had areas designated for that sort of thing.
“He’s keeping him closer,” John noted.
“Yeah.”
“Any particular reason why?”
Gio shrugged. “You can never be too safe.”
Why didn’t John believe that?
“Hey,” Gio said quietly.
John gave his uncle a look. “Hmm?”
“You good?”
“Yeah.”
His tension was still there, dancing hand in hand with his anxiety. Three years in lock-up was a long time to be gone. How many things had changed since he’d went to prison? How much more distance had he forced between him and his family in that time?
Gio turned the car off and put his hand on the door handle. “For the record, John …”
“What about it?”
“I thought you made the right choice three years ago.”
John’s brow furrowed. “I don’t know what you mean.”
“When your father bribed the judge with the option of an institution or jail time. I thought you made the right choice.”
Well, that was not what John expected to hear.
“Why is that?”
“Because despite how irrational everything you were doing seemed to be, I don’t believe for a second that any hospital in the country would have sorted you out like prison did. Thirty days in an institution with a couple of therapists, new meds, and little else wasn’t what you needed. Time was what you needed, John. You still got the doctors, you got the meds, but you also got the break. You made the right choice.”
John let out a slow breath. “Who else feels that way?”
Gio laughed. “I know what you’re asking without outright asking it.”
“So?”
“Your mother is probably at the front door about ready to blow it down and come out here.”
John nodded, knowing his uncle wasn’t going to answer his question. “I better get my ass in the house before she comes out.”
“Yeah, probably. I bet your father is waiting, too.”
“We haven’t talked a lot since I went in.”
“All you had to do was pick up the phone, John.”
John glanced at the mansion. “I know.”
“Lucian thinks you made the right choice for you. In case you were wondering.”
“I wasn’t.”
“Lying is a terrible habit, Johnathan.”
It was.
But John was too damned good at it.

“I have to start looking for a place,” John said.
Andino took a drag off his cigarette, and eyed his companion in the Lexus. “I told you that it was all right if you stayed with me for a bit.”
“I like being alone, Andi. It’s not about you.”
“Fine. You’ve only been home a couple of days, John. Give it a bit of time. You’ve got a lot of adjustment to do. Work in to it all slowly. You don’t have to do it all at once.”
John disagreed. He wanted to get back to his old routine of things as quickly as he possibly could. Part of that was not being under his cousin’s watch all of the damned time. It wasn’t Andino’s fault because the man was just following orders. But John felt suffocated all the same.
“I still need to find my own place.”
Andino tossed his nearly finished cigarette out of the window. “We can do that.”
“Good.”
“So hey, I’ve got to handle some business over at one of my restaurants. Are you interested in coming or do you have things to do?”
John shrugged. “I’ve got shit to do.”
“I’m not giving you my car.”
Laughing, John said, “I don’t need it, asshole.”
But he did need to get his own and soon. It was in the works.
“I’ll take the bus,” John added. “The warehouse is only a couple of blocks from here.”
“Careful and clean, right?”
John glowered. “Back off.”
“I’m just making sure.”
“It’s on the up. It’s your goddamn guys I’m working with.”
“I know,” Andino said. “But not all of those fools are good, either. I’ll see you later.”
John climbed out of the Lexus without another word to his cousin. As Andino pulled away from the side of the road, John strolled down the sidewalk to where the bus stop was and waited. Less than ten minutes later, a bus heading straight into the heart of Hell’s Kitchen pulled over, and John stepped in the vehicle.
Pulling out a phone from his pocket, John dialed his father’s cell phone number as he walked toward the back of the bus with his eyes on the ground.
“Ciao,” Lucian said when he picked up John’s call.
“Hey, Dad.”
“John.”
“I’m not going to make it for dinner. Give Ma my apologies.”
Lucian sighed heavily. “Why not?”
“Business in the Kitchen.”
Technically, it was a lie. He didn’t have to work today if he didn’t want to, but he needed something to do other than be under his cousin’s watch. John simply didn’t want to go through another round with his parents and their concerns. He needed space and time to breathe. He needed to be his own person without everyone else’s worries and influence.
His parents didn’t understand.
“Breakfast tomorrow then,” Lucian said.
“I—”
“It’s not a request, John,” his father cut in harshly. “When you flake on your mother, I expect you to make it up to her.”
“Fine, tomorrow.”
“Good.”
Lucian hung up the call before John could.
Shoving his phone in his pocket, John took the first seat he could. Glancing up from his clenched hands that rested in his lap, he came face-to-face with sapphire eyes.
John blinked.
The woman smiled.
She had a tablet in her hands and one earbud in her ear. A messenger bag rested at her feet, drawing John’s gaze down to the leather boots she wore. Skinny jeans showcased the length of her legs and the curve of her hips. He didn’t recognize her, but something about her was familiar.
Tucking a strand of her caramel-toned curls behind her ear, the woman met his gaze again. His mouth went dry and he didn’t have the first clue of why. Maybe it was because he’d spent three years in prison, and the only females he’d had contact with since he got out were family.
Or maybe it was because the girl was fucking beautiful.
Every part of him knew it.
“Hi,” she said, still smiling.
“Hi.” John grinned back. “Johnathan Marcello.”
“The Johnathan Marcello?”
John chuckled. “There’s only one alive in this city, as far as I know.”
The woman’s smile turned wider. “Siena.”
“Like the city in Italy?”
“Just like that,” she replied.
“A last name?” John asked.
“Calabrese. It’s very nice to meet you, John.”
Shit.

Darren chewed loudly on an apple in the corner chair as Siena strolled into the club’s office. You would think, given the kind of private work she did for her family, that they would allow her the privacy of her own office.
No way.
She almost always worked out of one of their offices.
“Late, aren’t you?” Darren asked.
Siena shrugged as she dropped in the office chair, and turned the PC monitor the way she liked. “I’m here, aren’t I?”
“Kev isn’t happy.”
Their oldest brother was never happy.
“Kev can chill,” Siena said.
A couple of passwords, and one encrypted file later, and Siena had brought up the dirty books for the club. Next week, she would be at another office owned by her family to scrub out and cook those books, too.
It changed a lot.
Her bachelor’s degree in accounting afforded her the knowledge of cooking and scrubbing books, but her respect for numbers kept her attention focused and interested. That was what mattered most.
She actually liked doing it.
The numbers in the excel charts were a comforting place for Siena. It was all about balances and checks. Numbers were straightforward, and didn’t leave questions behind. Something either added up, or it didn’t.
She liked that.
“Oh, so you finally fucking showed up, did you?”
Kev’s voice—much like their father’s—boomed. It could travel down hallways, and through walls. The men in her family didn’t know how to have a quiet conversation if their lives depended on it.
Siena didn’t look away from the computer screen as she brought up the accounts receivable and payable for the club. The proper books this time—not the ones she was about to make look proper.
“Got caught up in something,” Siena said.
“Something like what?”
Shit.
She didn’t want to mention the bookstore to her brothers. The two didn’t have any respect or appreciation for things like books and escapism. They only respected and understood the life, Cosa Nostra, and their father.
She decided to deflect Kev’s question with one of her own.
“So, I guess Johnathan Marcello is out of prison now, huh?” she asked.
Johnathan’s prison sentence had been widely known across New York. It had been in the news, and even his sentencing had been publicized. It was one of the reasons she had called him infamous, though she thought it might be rude to point it out.
Siena peered over the PC screen.
Sure enough, Kev’s brow had raised as he shot Darren a look. She mentally patted herself on the back.
“Did you know that?” Kev asked Darren.
“I didn’t. How does she know it?”
Both Siena’s brothers looked to her.
“I ran in to him on the bus,” she said, shrugging.
She didn’t mention the street, too.
“I guess we should let Dad know,” Kev said.
Siena almost asked why.
She knew better.
They wouldn’t answer.