​​​​​​Please note: All Amazon links on this site are affiliate and earn the site owner a small commission on purchases made using the Amazon link. It costs you nothing.
PURCHASE THE PAPERBACK:

"The Gun Moll series will have you hooked from page one of the first book, leave you wanting more, and not being able to get enough of the captivating love between Mac and Melina." 5 Stars, Elizabeth Robin, Amazon Reviewer.

Click on the teasers below to enlarge the image. 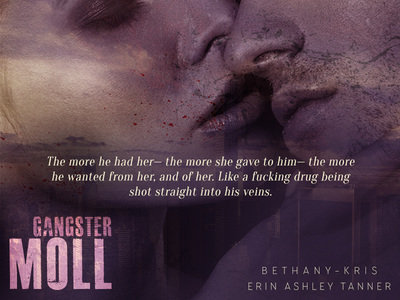 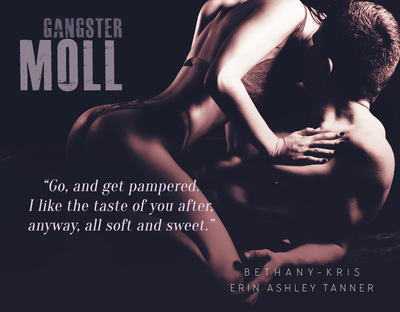 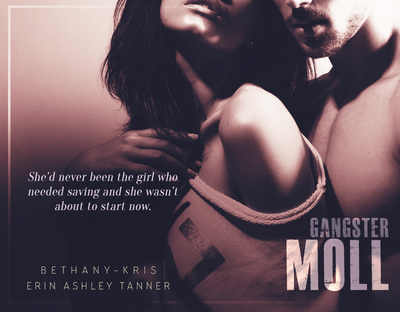 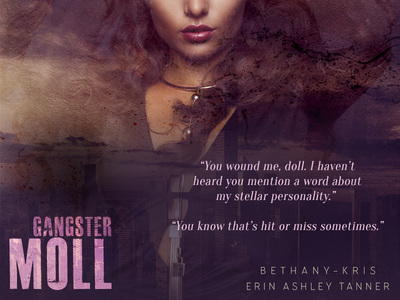 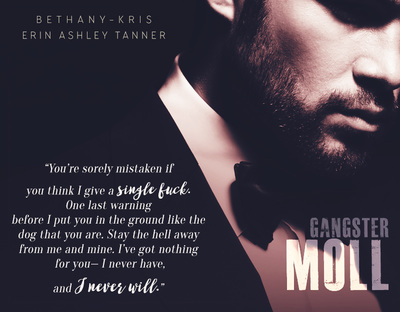 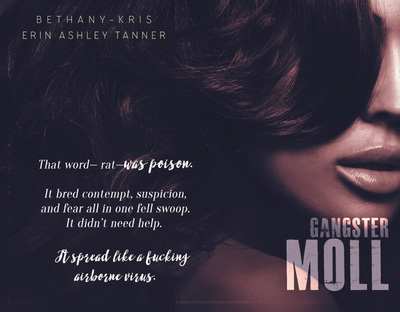 “I couldn’t stand him from the moment we met,” Melina confessed.
“Why not?”
Melina sat down next to Erika on a table in the recreation yard. In front of them, the other women of the facility played basketball, lifted weights and huddled together in clustered groups. During her stint in lockup, Melina had learned to keep her eyes and ears open and respect everyone’s turf. That didn’t mean that she wouldn’t defend herself, when and if the need arose.
“Because he was so … so arrogant, I thought.”
“Well, obviously things changed, so what happened?”
Melina smiled. “I learned what I thought was arrogance was simply confidence and that we had a lot more in common than I thought we did.”
Erika pulled her twists into an easy bun on the top of her head. “Like what? Go on.”
“For starters, we’re both survivors. Somehow or another, no matter how hard life knocks us down, we always find some way to get back up. There’s an energy between us that I’ve never experienced before. It’s scary sometimes,” Melina confessed.
“Now that last part sounds romantic to me.”
“I didn’t really think of it like that, but I guess it is.”
Erika rolled her eyes. “Call a spade a spade, honey. No one will think less of you because you’re a closet romantic.”
Melina shuddered. “I am not, I repeat, I am not one of those sappy women in the romance novels, so don’t even think it.”
“Whatever. So when did you go from detesting his entire existence to actually caring about him?”
“I saw him at a club and I was dancing with another guy. A normal guy would have brushed it off. Not Mac. The next thing I know, he had the other guy on the floor and me over his shoulder.”
“And you went for that alpha male shit?” Erika asked as she raised an eyebrow.
“Hardly. I tried to beat the crap out of him, and then the next thing I knew, we were all over each other.”
Erika opened her mouth to say something, but was cut off when two women started yelling at one another on the basketball court. Their voices were so loud, they drowned out practically all the other noise on the rec yard. A moment later, whistles were blown and the two women were separated and led away, no doubt back to their cells or worse, to confinement.
“Both of them are dumb for getting worked up over a stupid pick-up game,” Erika finally said.
“Yep. No telling how that little stunt is going to come back and bite them in the ass.” Melina tugged a fly away strand of hair back behind her ear.
“Anyway, now back to your Mac. Please tell me the two of you had some dirty club sex afterwards.”
“Sorry to disappoint, but no.”
“You know you missed a prime opportunity right?”
“Little Miss Good Girl is telling me I should have banged him at a club. I must have fallen down Alice’s rabbit hole.”
Erika thumped her lightly on the arm. “Hey. I’m not that goodie-goodie. I am in here, aren’t I?”
“Your point? You’re only here because the man you loved and trusted left you holding the bag. There’s no way you’d be mixed up in drugs otherwise. It’s not you,” Melina said.
“And what about you?” Erika asked quietly.
“What about me?”
“Did Mac leave you holding the bag?”
Melina rose to her feet, nostrils flaring. “I can’t believe you’d even ask me something like that.”
Erika raised her hand in a defensive motion. “I didn’t mean anything by it. I was just asking.”
“I’m done talking about him.”
Without giving her cellmate a chance to respond, Melina walked away. Stuffing her hands in the threadbare pockets of her blue pants, she blew a breath. She’d overreacted. Like a damn jackass. If anyone didn’t have ulterior motives, it was Erika, but the younger woman had touched on a raw spot.
Melina was the one holding the bag.
There was no way she or Mac could’ve known Dulcea’s place would be raided the day she’d been arrested. But still, intentionally or not, she was the one left holding the bag. To do otherwise would’ve forced her to sacrifice the one person in her life who’d slowly come to mean everything to her.
But was it fair that she’d been stuck in this Godforsaken place while Mac was free to live his life as if she didn’t even exist? Tears burned in her eyes, but Melina blinked them away.
Cosa Nostra was everything.
Cosa Nostra came first.
But where did that leave her?
In less than twenty-four hours, she would be a free woman with convictions tied to her name.
A free woman who had nowhere to go and no one to depend on, if the man who loved her didn’t keep his word.
Melina had never been one for praying much, but as she walked the length of the rec yard, she sent up a silent prayer that her fears were for nothing. That for once in her life, she’d found someone she could truly depend on, no matter where the chips fell.
You’re worrying for nothing. Mac wouldn’t abandon you.
She wanted to believe that. As the days went by, she’d held onto that belief. But here, now, right at the finish line, her conviction was faltering. Absence could make the heart grow fonder … or forgetful. Though she’d thought of Mac every single day, there was no guarantee that he’d done the same. Time and power always had a way of changing someone. Reflexively, Melina reached toward her neck, but her fingers only touched bare skin. Her necklace was gone, just like its prior owner, but she’d get both of them back tomorrow. That was her last thought as she was roughly forced to the ground and chaos erupted around her.