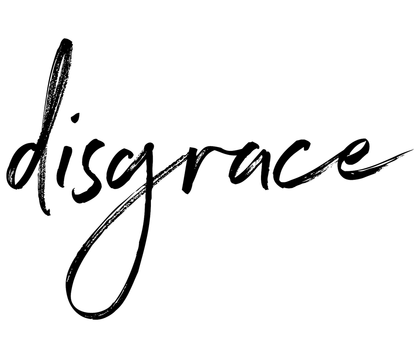 Purchase your copy at one of the following:
Amazon US | UK | CA | AUS

Copyright © 2018 by Bethany-Kris. All Rights Reserved.

It was almost funny how one simple action could change all kinds of circumstances. Suddenly, the enforcers that rarely left Siena alone when she was outside of her brothers’ sights were now fully distracted by the show happening inside the entrance of the church.
With the funeral over, it seemed Siena’s brothers had finally decided to take action with the Marcellos.
Better late than never.
Siena hung back behind the crowd—her interest in watching men verbally spar over their growing feud was nonexistent. None of this would do her or the cause she was silently fighting for any good at the end of the day.
She kept one eye on her mother as Coraline edged along the crowd. Her mother’s eagle eye was fully pointed on Kev, Darren, and the Marcellos.
Siena never would have taken her mother for a woman who involved herself in mafia politics, or the business of men. And yet, there Coraline was on a daily basis. Doing exactly those things with her sons, and never thinking twice about it.
Who knew why.
The name she carried.
The man—now dead—she had married.
The legacy behind her.
The promise of one ahead of her.
Siena didn’t know.
It wouldn’t matter when this was over.
A form slid in beside Siena. She stiffened a bit at the man’s presence, and the scent of his familiar cologne. He wouldn’t typically be so bold, but it seemed like everyone around them at the moment was currently distracted.
Andino smiled a bit when Siena looked at him. “What do you have for me?”
This little game of theirs had started months ago. It started with nothing more than a single sentence in passing from Andino--perhaps you should take up a hobby … like yoga. Back when there had seemed like a chance of settling this feud between their families with something like a marriage was possible, he had given her that line, and she ran with it.
Yoga it was.
It was the only time—two hours twice a week—that her brothers allowed Siena any kind of privacy and peace. The enforcers stayed outside the complex. She slipped out the back. Andino was always waiting.
John’s cousin was fighting this war in a far dirtier way.
Siena respected him for it, really.
“Well?” he asked again. “What do you have for me?”
“A west end warehouse,” Siena said. “An attack in a couple of days. Retribution for Arty’s death. That’s all I know.”
Andino’s face cleared of emotion, and his gaze hardened. “All right. You don’t know what, or how many—”
“I would tell you if I did. You know that.”
Andino’s hand touched her shoulder lightly. “I know.”
She glanced back at him again. “I miss him.”
John.
She always missed him.
She hadn’t seen him in months.
Andino nodded once. “I know that, too. Soon, Siena. I know he’ll be getting out soon. He made the choice to stay in the facility for this long because of his own health. He chose stability. That’s the thing about John, and being bipolar. I don’t think he’s ever really chosen stability before now. And with that comes taking a hard, long look at a lot of things in his life. I don’t think he felt it was good for him mentally to try handling his personal business while dealing with everything outside of it, too.”
“I want him to be good.”
She wanted John to be healthy, and happy.
Safe.
He was not going to come out to stability, or safety.
Not now.
“He’s going to be fucking great,” Andino said with a grin, “as long as you’re still waiting for him when he’s ready to come back, then nothing else matters.”
“Of course, I’ll be waiting.”
She loved John.
Nothing was ever going to change that.
Andino nodded. “So, hey, what’s the thirtieth looking like for you?”
“Of this month?”
“Yeah.”
Siena shrugged. “Yoga.”
Andino chuckled. “Thought so. I’ll be waiting. We should really go visit John.”
“Really?”
“Yeah, girl, really.”
That made everything so much better.
“Okay, go before someone sees you with me,” she said, flicking her hand at him.
Andino rolled his eyes. “Trust me—they’re all too stuck up their own asses to even think about you right now. You didn’t seriously think this whole show was just about fucking with their heads, did you?”
“Well …”
Yeah, kind of.
Andino smirked. “I will always find a way to get my message in, Siena, no matter how protected they think you are. Do you have a new phone?”
“Yeah, Kev changed it again last week.”
“Same old, same old.”
Siena nodded once. “Random wrong numbers, I know.”
“This whole thing isn’t forever, remember. Soon, you’ll have what you want.”
Not what.
Who.
She reminded herself daily that this wasn’t forever.
No, it was just for right now.
Forever was going to be far more beautiful.