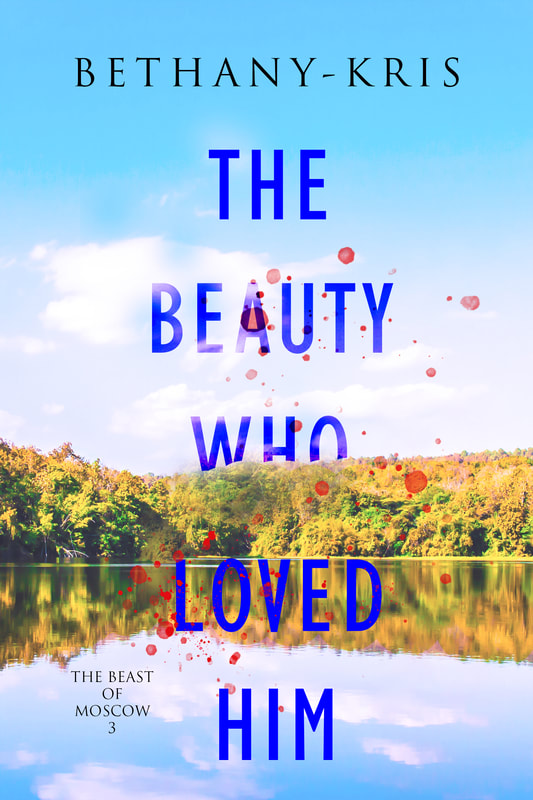 Kidnapping one’s future father-in-law is par for the course for a man like Vaslav Pashkov. Even if done with the best of intentions. But ensuring a safe arrival, and departure, of Vera’s father is simply one loose end of many for Vaslav to tie up.
And his timeline to finish pertinent business just tightened up.
Now, there’s a wedding to plan.
Didn’t you hear?
The beast is getting married.
*
The Beauty Who Loved Him is book 3 in The Beast of Moscow saga. While it does end with a HFN, there is one more book to finish out the couple. TBWLH should only be read after book 1 and 2.

Vera hadn’t even been awake long enough to brush her teeth when she finally called Claire, so by the time she was presentable enough to leave her house, without even grabbing as much as a black coffee to fill the grumbling void in her stomach, the time had crawled past nine. Locking her villa, she spun around in the cable knit, grey sweater dress to find an empty street.
Well, not entirely.
The black, sporty coupe with windows tinted opaque all the way around except the front windshield sat where Kiril had parked it the day before. Along the side of the road at the very end of her driveway. He assured her the vehicle would still be there in the morning. His special way of letting her know that even if she didn’t see him, the kid wasn’t too far away. Her new babysitter, hilarious considering she was almost positive he wasn’t even of legal adult age, didn’t mess around about his job.
Keeping an eye on her, that was.
Whoever provided him with the new wheels, likely Igor or Vaslav, was the newest bonus he pointed to when Vera asked where he planned to sleep considering he still refused to enter her villa. Unless he was leaning into a window. The little puke enjoyed that too much.
He was still just a kid, though.
One that shouldn’t be sleeping in a car.
Vera took two steps down the front steps of her villa after locking up, thinking Kiril might be sleeping in the two-door car he had sworn to her would be glittering with chrome by the end of the month, but froze when she heard a low shit hissed from her right.
Fast enough to make the world around her spin, she glanced to her right, seeing nothing and no one, and then left into the quiet front property of Mr. Anatoly’s villa. Someone had thought to water the bushes lining the fence as she could still see the water droplets on the leaves, and the hose her neighbor had once used with the long attachment to reach his hanging plants hadn’t been hung up with patience considering the extra loops of hose that remained on the ground.
“I don’t think I gave them too much water, right?”
That earlier curse made a lot more sense when Vera looked to her right once more and this time, actually paid attention. While her villa and the one that belonged to Mr. Anatoly were twins in architectural design, the one to her right differed in one aspect on the outside. The front stoop greeted guests from the side and featured a closed alcove that was only visible to its neighbors and not people walking by on the street.
There stood a sheepish Kiril in the hidden alcove of her neighbors’ villa. A young couple who visited their villa occasionally throughout the year when they took time away from their country home and business; he was a dentist in an area that made travel into the city difficult, so he had a large clientele. More interesting was the sharp pick-like tool that Kiril didn’t even bother to hide dangling from his left hand.
“Are you trying to break into their house?” Vera asked him.
Kiril popped his tongue off the roof of his mouth before replying, “Plausible deniability. I was checking stuff out while things got a little boring.”
“Kiril!”
“And I already aced your other neighbor’s locks, so,” he added lower. “But he’s dead, and there’s not much else to see in there.”
Good God.
“Kiril, you can’t break into people’s places just because you’re bored. Download a streaming service or something on your phone, okay? Just—”
“I thought you didn’t have any plans today?”
His question, likely only meant to divert her from shouting at him while the rest of the street listened in on the action, brought Vera back to the bigger issue at hand. One she expected Kiril to help with whether he liked it or not.
“Did he take my father?” she demanded.
Kiril’s dark, thick eyebrows shot up, making his boyish features all the more innocent when he said, “I don’t know what you’re talking about.”
Vera grabbed onto the railing of her steps, and leaned over the edge, pointing at Kiril. “Don’t play games with me. I’ll call a cab, go to Vaslav and ask him myself, and you can follow behind for all I give a damn.”
“That’s not very nice.”
He sounded genuinely upset.
Or at the very least, hurt.
Vera wished she had time for his feelings. Maybe she was spending too much time with Vaslav Pashkov.
Kiril added, “I like driving with you. You don’t tell me I talk too much.”
That softened Vera’s anger.
Not by much.
“Did he take my father or not?” she asked.
Kiril sucked air through his grimacing mouth, and the long pause between his non-verbal response, and the words that finally came out of his mouth didn’t make the situation any better. “I don’t really know.”
“Kiril!”
“Well!” His hands shot up, one still holding the lock picking tool, in peace. “Really, I don’t!”
“What do you know, then?”
Because clearly, he knew something.
Kiril shrugged, and dropped his hands back down to his sides. “Just that if you call a cab, it’s gonna take like two hours to get you to Dubna. I can make it there in half that as long as we beat the noon rush.”
Well …
She gestured between him and the coupe parked on the side of the street. “Let’s go. Move, you’re the one with the keys.”